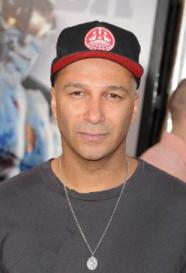 Tom Morello was born on May 30, 1964 in New York city. He has become an influential guitarist due to his work with Rage Against The Machine in the 1990s. Tom got his Social Studies degree from Harvard and went to L.A to start a band. He briefly played guitarist for a band named Lock Up with fellow Rage member Zack De La Rocha. IMDb Mini Biography By: Anonymous
2006 - Metal: A Headbanger's Journey