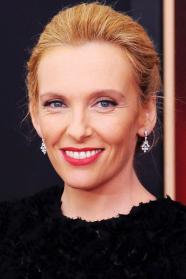 Antonia "Toni" Collette (born 1 November 1972, height 5' 8" (1,73 m)) is an Australian actress and musician, known for her acting work on stage, television and film as well as a secondary career as the lead singer of the band Toni Collette & the Finish.

Collette's acting career began in the early 1990s with comedic roles in films such as Spotswood (1992) and Muriel's Wedding (1994), for which she was nominated for a Golden Globe Award for Best Actress. Following her performances in Emma (1996) and The Boys (1998), Collette achieved international recognition as a result of her Academy Award-nominated portrayal of Lynn Sear in The Sixth Sense (1999). She has appeared in thrillers such as Shaft (2000) and Changing Lanes (2002) and independent comedy films like About a Boy (2002), In Her Shoes (2005) and Little Miss Sunshine (2006).