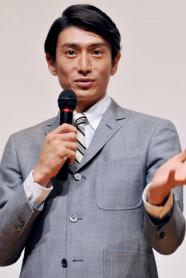 He was born in Tokyo, Japan. With his modeling career (Japan), Yūsuke is known for Loreal (Japan), Men's Nonno magazine, Prada (Milan), and Asahi Aqua Blue.

Yūsuke extended his career from modeling and being an artist to director and actor. He made his directorial debut in 2003 with Kakuto. He is also known for his performance in Casshern. His works include Sinking Moon in 2002, a movie collaboration with J-pop superstar Ayumi Hamasaki in which he stars as her lover.