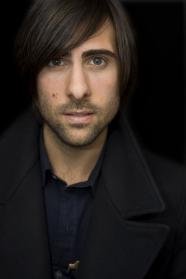 Jason Francesco Schwartzman (born June 26, 1980) is an American actor and musician. He is perhaps best known for his roles in the Hollywood films Rushmore, Spun, I ♥ Huckabees, Shopgirl, Marie Antoinette, The Darjeeling Limited, and Scott Pilgrim vs. the World. He is currently in the band Coconut Records; formerly, he was the drummer of the rock band Phantom Planet. Schwartzman is also the star of the HBO series Bored to Death, where he plays a writer who moonlights as an unlicensed detective advertising himself on Craigslist.