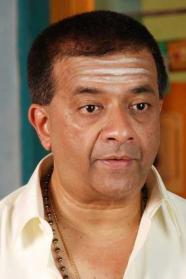 Rafael Yglesias (born May 12, 1954, in New York City) is an American novelist and screenwriter. His parents were the novelists Jose Yglesias and Helen Yglesias. The blogger and journalist Matthew Yglesias is his older son; his younger son, Nicholas, is also a novelist and has applied to become a police cadet.

Yglesias was born and raised in Manhattan's Washington Heights neighborhood, and now lives in Greenwich Village. He attended the Horace Mann School and the George Stevens Academy in Blue Hill, Maine, but dropped out three months into 10th grade to complete his first novel, Hide Fox, and All After. It was published by Doubleday in 1972.

He later began writing screenplays; the first to be produced, Fearless, was an adaptation of his novel of the same title. Other films written by Yglesias were adaptations of works by Ariel Dorfman, Victor Hugo, and Alan Moore; his latest film, Dark Water, is a remake of a J-horror film of the same name. His ninth and most recent novel, A Happy Marriage, is a fictionalized account of his nearly thirty-year marriage to the artist Margaret Joskow who died of cancer in 2004.

Description above from the Wikipedia article Rafael Yglesias, licensed under CC-BY-SA, full list of contributors on Wikipedia.​
blog comments powered by Disqus
ß